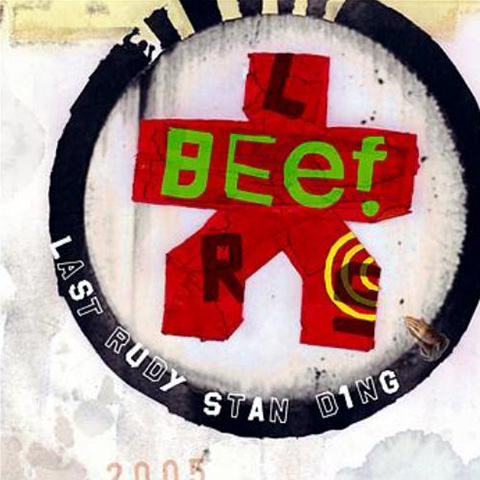 Michel Schoots (Urban Dance Squad) was responsible for the production of their third album ‘Last Rudy Standing’ (PIAS, 2005). He took the band into the ICP studios in Brussels and on a different musical path. This resulted in an album with singles like ‘Cashing the Money’ and ‘Last Rudy Standing’. The album was mixed and mastered by Peer Rave and Koen Fu at customrecording. The Special Request Horns were featured on the opening track called ‘Run For Cover’. The horn-arrangement is written by Louk Boudesteijn and played by the SRH.